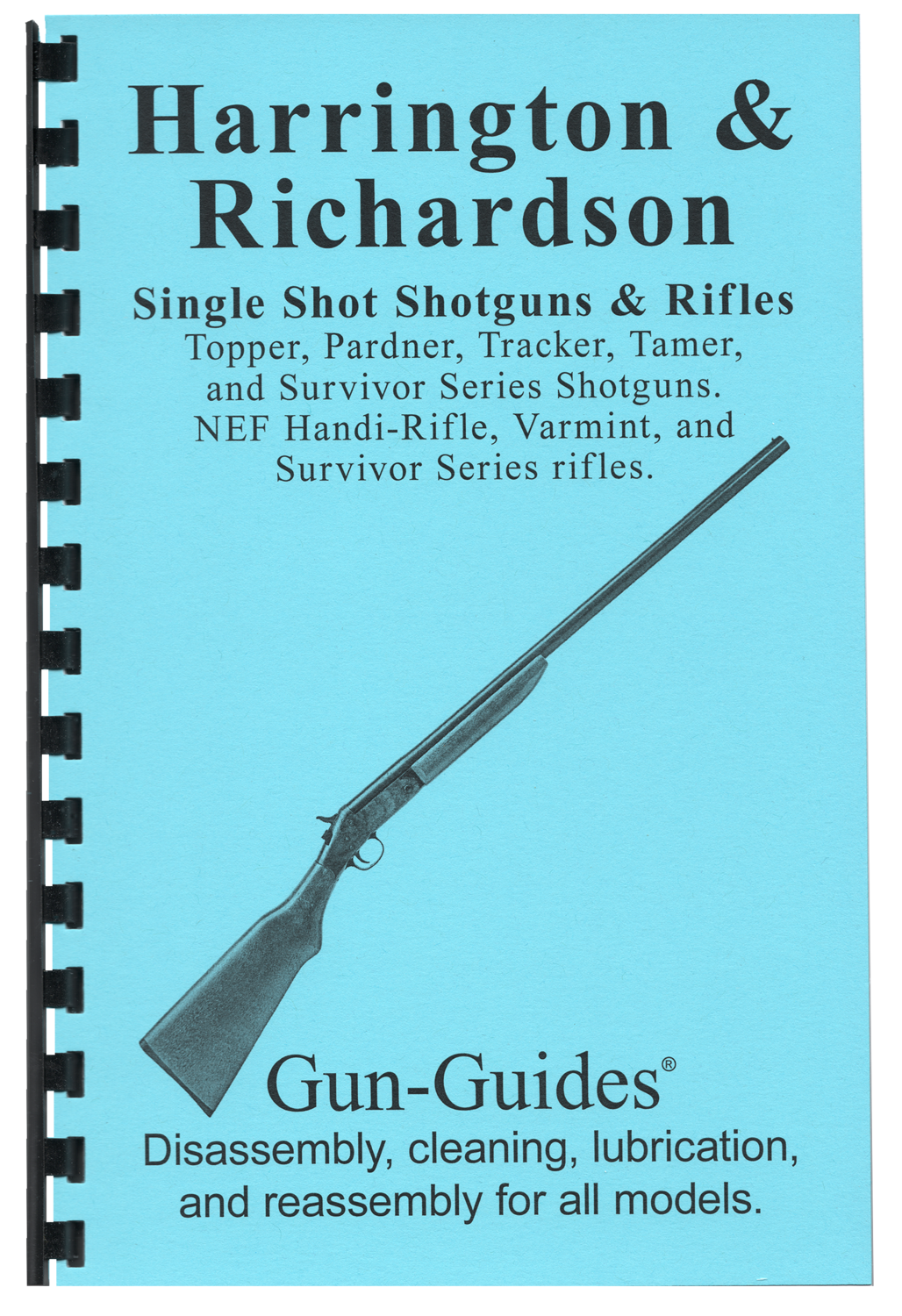 FEATURES:
• The only current printed manual that includes detailed information on ALL models.
Includes H&R and New England Firearms models from 1943 ~ 2008.

Model 058 Topper has a case-hardened frame and rebounding hammer and manufactured from 1974-1976. Guns are marked Model 58.

Guns are marked Model 98.The transfer bar ignition system was introduced in 1977 and installed on all models through 2008.......

In September 2020, JJE Capital Holdings, LLC was the successful bidder of the H&R, DPMS, Storm Lake, AAC, and Parker brands in the Remington bankruptcy auction. JJE is the parent company of Palmetto State Armory........