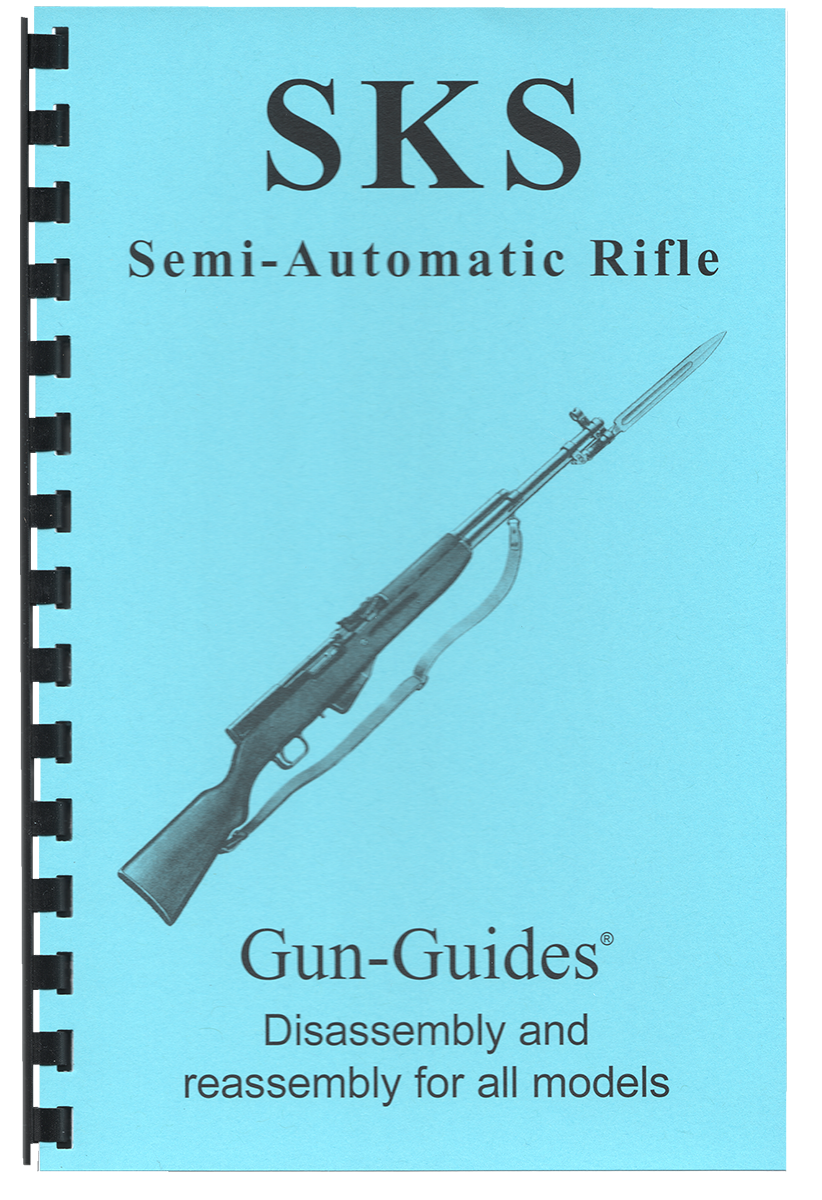 SKS Rifles & All Variants Gun-Guides® Disassembly & Reassembly for All Models

(Samozaryadnyi Karabin Simonova)
The SKS Rifle chambered in caliber 7.62 x 39mm (SKS-45) was designed by Russian arms inventor Sergei Simonov and was adopted by the Soviet Union in 1946. Since then the SKS has been fabricated by several other countries including China (Type 56 / Norinco), East Germany (Karabiner-S), North Korea (Type 63), Albania, North Vietnam, Romania, and Yugoslavia (M59 & M59 /66).

The country of origin can be easily determined by markings on the receiver. Russian models usually have two Cyrillic characters followed by four numerals. The Soviet and East German weapons usually carry the year of manufacture and the serial number on the front left of the reciever. Chinese weapons have three Chinese symbols usually followed by seven or eight numbers. Later models have the spike bayonets. North Korean SKS’s have “63” stamped on the receiver cover. East German versions have a hole through the stock for attaching the lower end of the sling swivels. Yugoslav M59/66 are very easy to identify due to their prominent spigot-type grenade launcher permanently attached to the muzzle.